Posted on May 11, 2019 by theFerkel under Uncategorized 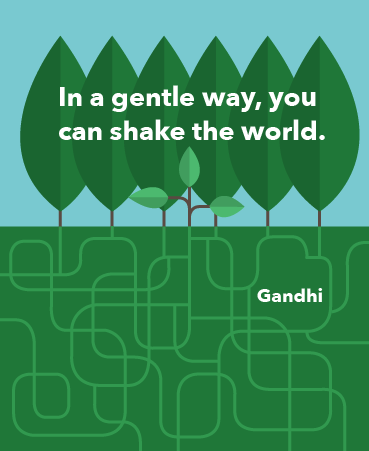 You’re open to new things, and can be persuaded to try anything twice, all in the name of experience of course. We’ve got you down as a bit of a dreamer, you’re probably zoning out right now, PAY ATTENTION, and read on.

Test was taken on Who am I?

It’s all about you…

Find an outlet for all that pent up creativity. If that means running bare foot howling at the wind, then that’s… er… cool, but also welcome a bit of structure into your life. Word to the wise: you’ve got good ideas, find your voice, but always take advice.

The Great Gatsby is a consummate summary of the “roaring twenties”, and a devastating expose of the ‘Jazz Age’ it’s an undisputed classic of American literature from the period following the First World War and is one of the great novels of the twentieth century.

The Artists Way aims to dispel the ‘I’m not talented enough’ conditioning that holds many people back and helps you to unleash your own inner artist. The 12-week program helps to recover your creativity from a variety of blocks replacing them with artistic confidence and productivity.

If you want a job doing… maybe ask someone else? You are so close to being a reliable grown-up, so it’s time to pull your socks up… or stockings. I mean, whatever you are in to.

Seemingly you have a pretty cruise-y attitude… taking things as they come when you can. You are skilled, but maybe you need a little more motivation? Like you care!

When you think a problem through and see a solution, you can get frustrated when no one else sees it too (baring your gums gives it away). But unless they are mind readers you are going to have to learn to pipe up shy boots.

An average day can pass without you even attempting to try hard… if you… you know… really try hard to not try hard. Now, we could tell you to reimagine your long-term goals (do you have them?), understand the wider impact of your decisions (did you make any?), but as your eyes are rolling back in your head as you read this dressing down, gonna stop and save the breath.

Being horizontal in your approach to even the most important things in your life means you might miss out on the top spot, so don’t come crying when you do. Handing out tough love today.

In the international bestseller, Thinking, Fast and Slow, Daniel Kahneman, the renowned psychologist and winner of the Nobel Prize in Economics, takes us on a groundbreaking tour of the mind and explains the two systems that drive the way we think.

What really makes people glad to be alive? What are the inner experiences that make life worthwhile? For more than two decades Mihaly Csikszentmihalyi studied those states in which people report feelings of concentration and deep enjoyment.

Life can get hectic; when it does, rather than bottle up stress you reach for one… Maybe you’re not a lush; you just know when to be good to yourself. Sure you know breaking a sweat and piling up on greens might keep you healthy, but cornering those closest to you so they (have no choice but to) listen, love, and ultimately laugh at your predicament… that will also see you right.

Downtime? Chin stroking, shoegazing, twerking, head banging or whatever: you get your geek on for the right groove.

Mornings come like a bolt out of the blue and leave you rushing to catch up. Keys? Phone? Wallet? Pants maybe? Nice.

It’s All About The Bike

Robert Penn’s It’s All About the Bike: The Pursuit of Happiness on Two Wheels is a paean to the humble bike; it’s the story of why we ride, and why this simple machine holds the power to transport us all.

Let’s talk love. When that special someone shows they will share your zest for life, or just sheepishly watch from the sidelines as you run around being a berk again… ah long-term love!

So you need your partner to keep up with you – partying goes hand-in-hand with love in your eyes. And who says romance is dead, hey?

You have been known to fall in love pretty fast – glances in a train carriage, or lingering looks over your lunch box; it can happen in a heartbeat, and it is your heart that rules your head. You can be passionate and a tad fiery. You really enjoy the ‘intensity’ of a relationship, and all that it brings; tango one minute and tantrums the next.

Getting the Love You Want

Originally published in 1988, GETTING THE LOVE YOU WANT has helped thousands of couples attain more loving, supportive and deeply satisfying relationships. In this groundbreaking book, Dr Harville Hendrix shares with you what he has learned about the psychology of love during more than thirty years of working as a therapist and helps you transform your relationship into a lasting source of love and companionship.

Orphaned Jane Eyre grows up in the home of her heartless aunt, where she endures loneliness and cruelty, and at a charity school with a harsh regime. This troubled childhood strengthens Jane’s natural independence and spirit – which prove necessary when she finds a position as governess at Thornfield Hall.

This is the extraordinary love story of Clare and Henry who met when Clare was six and Henry was thirty-six, and were married when Clare was twenty-two and Henry thirty. Impossible but true, because Henry suffers from a rare condition where his genetic clock periodically resets and he finds himself pulled suddenly into his past or future.

Are you the type who drifts off while a friend talks to you? There is a bill to pay; dinner to make; a TV show to catch up on… Thing is you spread yourself so thin you’re becoming patchy. You can’t have it all. So choose.

A tad square, or maybe bookish depending how to look at it: one thing is for sure – you ain’t no philistine!

A real gad-about, with a taste for the exotic; you like to clock up air miles like the rest of us clock up shopping points.

For you, getting away from it all means a two-day drive and four-day trek to pitch a tent in the wilderness, only to have to pack it all up and head back a day later. Well at least you made it, right?

Moneyball is a quest for the secret of success in baseball. In a narrative full of fabulous characters and brilliant excursions into the unexpected, Michael Lewis follows the low-budget Oakland A’s, visionary general manager Billy Beane, and the strange brotherhood of amateur baseball theorists.

With its wry portrayal of a shallow, materialistic ‘leisure class’ obsessed by clothes, cars, consumer goods and climbing the social ladder, this withering satire on modern capitalism is as pertinent today as when it was written over a century ago.

Screw It, Let’s Do It

Throughout my life I have achieved many remarkable things. In Screw It, Let’s Do It, I will share with you my ideas and the secrets of my success, but not simply because I hope they’ll help you achieve your individual goals.

If you are not immersing yourself in literary criticism, getting lost in a concerto, or drinking in the latest work by some deeply challenging young artist (that probably defies logic or even ability) you are what? Probably surfing gossip news on the net … come on… we’re right?!

Seems as though you like the finer things in life and appreciate footlights and greasepaint and to be called ‘darling’. You are also registering an interest in the arts and theatre… come on! An easy joke.

Your days turn to night in the blink of an eye so unless you want to discount sleeping (well it is for the weak) you might want to see where you can claw back time for yourself.

From time to time your imagination can run away with you. Neither lateral nor linear, your sideways view on things makes you unique… and a bit of an oddball – in a good way obvs!

Fun With A Pencil

This is a wonderfully crafted and engaging introduction to drawing, cartooning, and capturing the essence of a subject all while having fun. With step-by-step instruction from Professor Blook, Loomiss charming alter ego on the page.

The Dangerous Book For Boys

The Dangerous Book for Boys gives you facts and figures at your fingertips – swot up on the solar system, learn about famous battles and read inspiring stories of incredible courage and bravery and many more boyish fun that you’ll never grow out of.

All girls know that there’s more to them than just make-up and gossiping – although they’re not averse to a little bit of both. Boys aren’t the only ones to like a little danger, a little adventure in the Great Outdoors and a lot of fun! This book provides glorious inspiration, come rain or shine, to girls of all ages.

Q. Is there a Fourth of July in England? A. Yes, it comes after the third of July! Q. How many birthdays does the average man have? A. 1 Just one!

The Barbie doll enjoys being one of the worlds most popular toys. However, along the way to getting that status, there were a number of doll variations that never quite made it. This is a list of the Barbie dolls that you most likely haven’t seen on store shelves lately…

Squaresoft Past and Future

If I were asked what my favorite game company was, the answer would be simple: Squaresoft. Squaresoft has given me more gaming memories than any other company around, from the first Final Fantasy game I ever played eleven years ago on a Gameboy to Xenogears, whose deep story line will stay with me always. So… Read more »