Posted on April 29, 2012 by theFerkel under Adult Content, Funny People

aww dude! I never watch TV! I definitely don’t watch 60’s shows. At best, I used to watch 80’s shows like “Quantum Leap” and “Married with Children” and “Dallas” and “MASH”.

I think I escaped it long enough so I’ll pick the alternate question instead.
Your daughter tells you she is bringing home her boyfriend for dinner. When they arrive, she introduces you to a man who is not your same race. Sometime during dinner she announces that they have been married for the last six months. What bothers you more? The difference in race or being excluded from the wedding
I would not mind the race difference as long as he’s not a Pakistani or an Arab with 20 other wifes. I am prejudicious against Paki men as there are so many of them in Britain. And they are leecherous men, even when married or in a “stable” relationship. I would not want for my daughter a man like that.

As for the Arabs – I would want my daughter to have a husband that will kiss the ground she walks on, not hurdle her together with other women so she will always be in a competition for the bed and the attention.
I’d love if the other race would be Asian (taiwanese, japanese, coreean – even chinese) and it would be absolutely great if the dude would be from Hong Kong! They have beautiful men out there! Tall, lean, smart *drooling here*. Hopefully he would not be shorter in height than her! 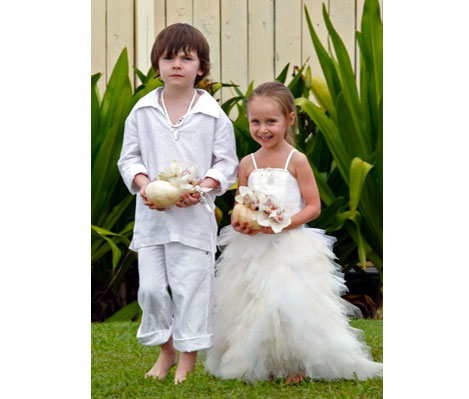 Now back to the question – the race would bother me only if it would be of the two types above. Otherwise, I couldn’t care less as long as he loves her. It would bother me that they did not come to me for the wedding so I could see her coming down the isle and I could see her father giving her over.
I would also be pissed about not knowing the guy but I would respect her instinct and their marriage and for my own sanity I would make them re-do the ceremony 🙂 (without the paperwork of course)

I have just finished the series ‘ Usagi Drop ‘ and I thought it was a beautiful anime. At first I was little put off by the art style, because it’s not something you see in every anime. But as I continued to watch the show, I thought that the soft art style went well… Read more »

Solid reason, I don’t think every Arab man is like that though, but yeah solid reason haha. Hafta agree that having some Asian blood in the family would be amazing ahaha

I think you are wayyyyy stereotyping and generalizing Pakistani and Arab men. Like wayyy too much. Not every man is like that, and in today’s day and age, few of the members of our generation even believe in polygamous marriages. You have to understand that it’s a different lifestyle and not write such hateful words without understanding, I think. It’s a fine line..you may not agree with them but you’re throwing some tall claims.

🙂 Sorry if I stepped on your toe. I do agree if some people decide to be a part of a polygamous marriage but I would not want my child to have one. The problem with having multiple wifes (from a woman’s point of view) is not having the undivided and undisputed attention of her man. It’s great for the man as he has multiple women caring for him, doing the laundry, cooking, pleasuring him, but for a woman to be in this situation, it’s unfair.
It’s ok if the man himself is a polygamous creature and cannot love one single person at a time, but love is transitory and having an affair is accepted even if it’s frowned upon. Bringing the new love into the mix with the old one, that is just bad taste and highly insulting for the old love. You fell in love, fine. Break up with the first one and then be with the second one. You don’t like the second that much, fine, break up again and be with the first one once more.
As for my distaste for Pakistani men, it’s all based on experience. Maybe not all apples are bad but the apples I’ve seen were rotten to the core and this has made my general opinion of the entire bunch to drop to level 0 (again, sorry if I stepped on toes).

I’m sorry you’ve come across bad people, but I still think that they were just bad MEN and being Pakistani has little to do with it. Being extremist or religious fanatics is one thing, but then maybe you’re not looking in the right places to see the right kinds of men. Plenty of white, yellow, brown, and black guys are bad too. To stick with colors instead of listing out 500 ethnicities 😛 I still think that now, polygamy is definitely not normative in most first-world countries.

🙂 that’s true. I don’t know any black men or any yellow ones. Brown, I know Indians and they are the most polite people I have ever met. Hats down for them.

Woohoo, my people have passed! XD

I have met a few Indians while living in England. Their cuisine is excellent (even though it gave me the runs the first time I sampled it), they are very polite and enquire about my family every time we meet (as I do with theirs) and always offer tea and a good word when the weather is bad.

Aw cute 🙂 Yeah we’re pretty hospitable. My mom loves feeding people haha. You should see her when friends are over.