tell them all about my dark secrets. Opening up is never easy but now I know that one of my secrets is not that bad. I mean, watching anime and reading manga – a few other people do it so I mustn’t be the only one who practices it!

Being a high-nympho is also known to the person who loves me (there’s no way I can hide something so obvious).

My last dark secret that I need to reveal to him may shun him away so I don’t know whether to spit it out or not! Well, considering that he does not read this blog and might never will, here it goes. I lied to him at the beginning of our relationship. I told him I was with two men before I was with him and in fact I was with only one and even with that one – rarely. I did not want to appear like “inexperienced” in his eyes so I boasted about my sexual prowness and he believed me because I am very good in bed (thanks to all the books I’ve read and all the smut I’ve seen 🙂 ).

So I went on and invented a sex-friends relationship with one of my mates who currenly lives in America and when I started dating my current bf, I “broke up” with the American stud to be with him. I know it feels kinda stupid now that it’s down on the paper but I did not want to look like a complete n00b when it comes to sex. I feel bad about lying to him and it did cause an argument once because he thought I was the slutty type, always looking to get laid. I’m very monogamous and I love him dearly but I don’t know now how to tell him the truth.

Well, I suppose this will be one of the secrets I’m going to take with me to the death bed 🙂

HOW TO MAKE SEX LAST LONGER!

“I believe God gave us our sex organs to bond us together in pleasure within our marriage. And through this incredible pleasure, to keep us faithful to each other …” – Naura Hayden, author of HOW TO SATISFY A WOMAN EVERY TIME… and have her beg for more! This is a subject hedged about with… Read more »

Since I was very young, I had a much favourite book that I would re-read occasionally – especially when questioning my relationship with the world, with my parents or with where I was going and what I was doing. You probably know which book I’m talking about based on the title of this post – Frankenstein…. Read more »

It’s funny how if he listened to you and read your blog. He would actually know so much about you..well, his loss. You are right, there are some secrets that always need to be told. Sometimes the truth jumps out in the most unexpected time…

I am truly amazed at this year’s challenge. People are revealing things they never thought they would. Lying is always bad but I think this one is easy to forgive. If you think it could have been reversed and you really had hundreds of sexual partners and only told him you had a few…

I know, that’s really bad. I agree with having sex with the person you love, not with the concept of getting laid and scratching an itch. I remember the American Dad episode where Francine’s Sex Garden is revealed (a bush for every guy she slept with): 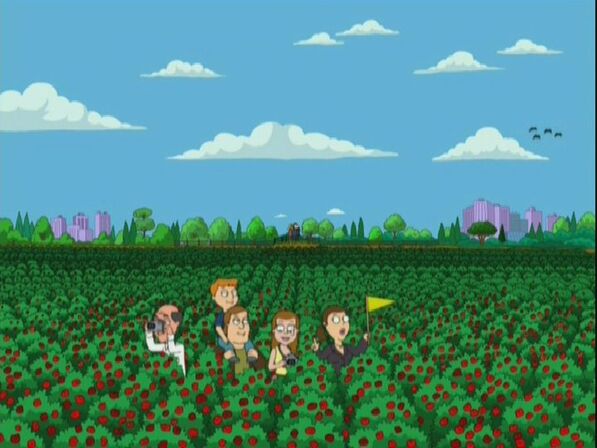 You know I have never watched a full episode of any Fox animated show. I don’t like any of them but the photo is telling.

haha so many bushes, that’s ridiculous.
I too, think he is missing out on a LOT without reading your blog. I bet if we keep up with these challenges as a group, we’ll know more about you than he does. No bueno 🙁

I heard from my mother that a woman should never bear ALL her secrets otherwise the man will have no mystery to uncover and he’ll look for it somewhere else. We’ll keep it hidden!

:O I like that. You make me re-think my opinions..I like that too. Okay so maybe a little bit of mystery is healthy, fine.

I love ANIME. I am proud of it. I never,ever consider it as a ‘dark’ secret perse. 😀

Don’t fret girl. Maybe one day when you are old and grey you can tell him and have a good laugh… Maybe. 🙂

Ah – I already did. He wasn’t happy. He was reaally really not happy. I managed to get a screenshot of his face but he mentioned his lawyer if I’d post it on the blog. At least he did not have a heart attack! He’ll get over it eventually and see the bright side of it.

Oh man did I miss you saying that? I am so behind. lol
🙂